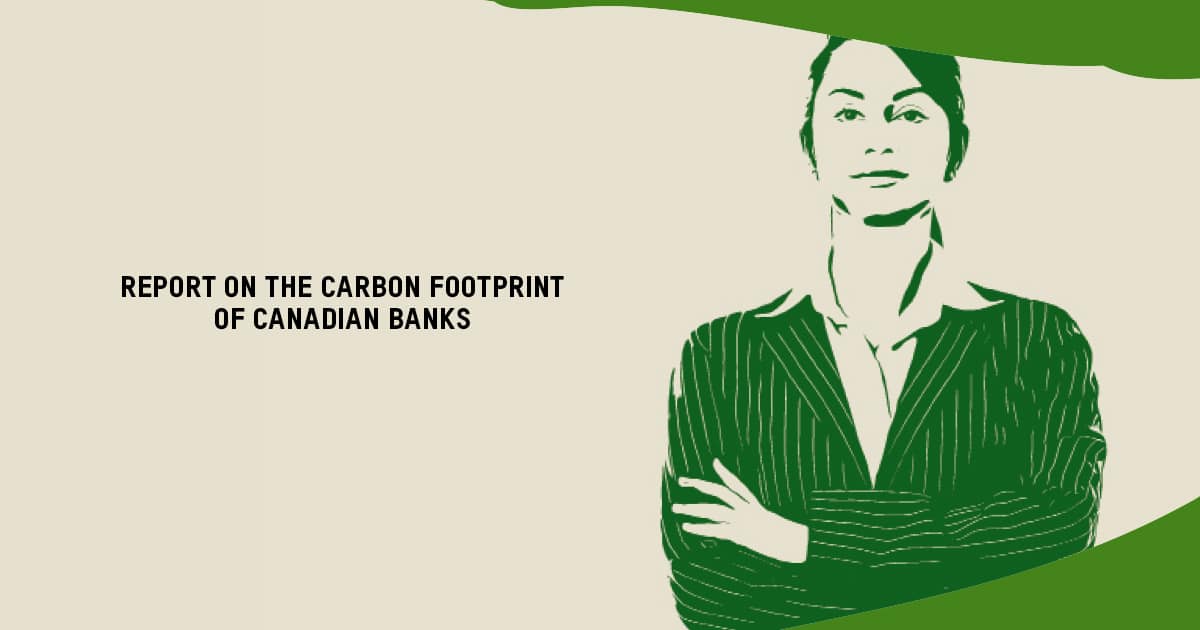 If Canada’s eight major banks were a country, they would be the fifth-largest greenhouse gas (GHG) emitter in the world. This is one of the revelations of an exclusive report on the carbon footprint of Canada’s major banks, released today by Oxfam-Québec.

The report, produced in collaboration with Institut de recherche en économie contemporaine (IRÉC), shows that bank assets, which include the savings and investments of Canadians, are the biggest source of pollution in the country, well ahead of transportation.

The report also reveals that:

All the banks examined by Oxfam-Québec said they were going to go carbon neutral, but none have presented a real plan to get there, and so far none have disclosed the total emissions financed by their credit and investment portfolios, despite committing to do so.

Oxfam-Québec wanted to shine a spotlight on the issue by conducting this study, which is the first to quantify and compare total GHG emissions financed by all portfolios of the eight major Canadian banks.

The report also measures “emissions savings” investments made by banks to reduce and prevent GHGs, such as supporting energy efficiency projects or the development of green technologies. It is clear that banks still have a lot of work to do to meet the Paris Agreement climate targets. The report shows that:

None of the eight major banks have committed to withdrawing from the fossil fuel sector in the short or medium term. Even more worrying is the fact that they all present themselves as having sustainable finance projects or “green” investment activities aimed at decarbonizing the extraction, transformation, or consumption of fossil fuels.

Many mutual funds and exchange-traded funds offered by these banks, including funds focused on environmental, social, and governance principles (or so-called “green” funds) are still not aligned with the Paris Agreement targets to address climate change.

Six recommendations for banks and government

Oxfam-Québec is calling on the federal government to do more by developing the regulatory framework necessary for sustainable finance. The report makes six recommendations to governments and financial regulators and supervisors to help banks become key players in a greener and more just society.

The report was submitted to each of the eight banks prior to its release. Oxfam-Québec and the finance sector agree that climate change is a collective responsibility, and that each individual has the power to influence and take action.

Oxfam-Quebec, which is releasing this report as part of its Climate Justice: Investing in an Equal Future campaign, has chosen to take a collaborative approach with financial institutions to foster change.

Canada has a duty to build a just and sustainable future, and it is up to us to demand it. Oxfam-Québec has launched a petition calling on Canada to stop financing polluting projects. Together, we can create a climate of justice and invest in an equitable future.

” To create an impact that is significant and rapid enough to achieve Quebec and Canada’s climate objectives, the big players have to get on board faster. Our banks and large financial sector companies need to come out of the shadows and become key contributors in the fight against climate change. “

Canada has a duty to build a just and sustainable future, and it is up to us to demand it. Oxfam-Québec has launched a petition calling on Canada to stop financing polluting projects. Together, we can create a climate of justice and invest in an equitable future.