Inflation for the majority, profits for the privileged 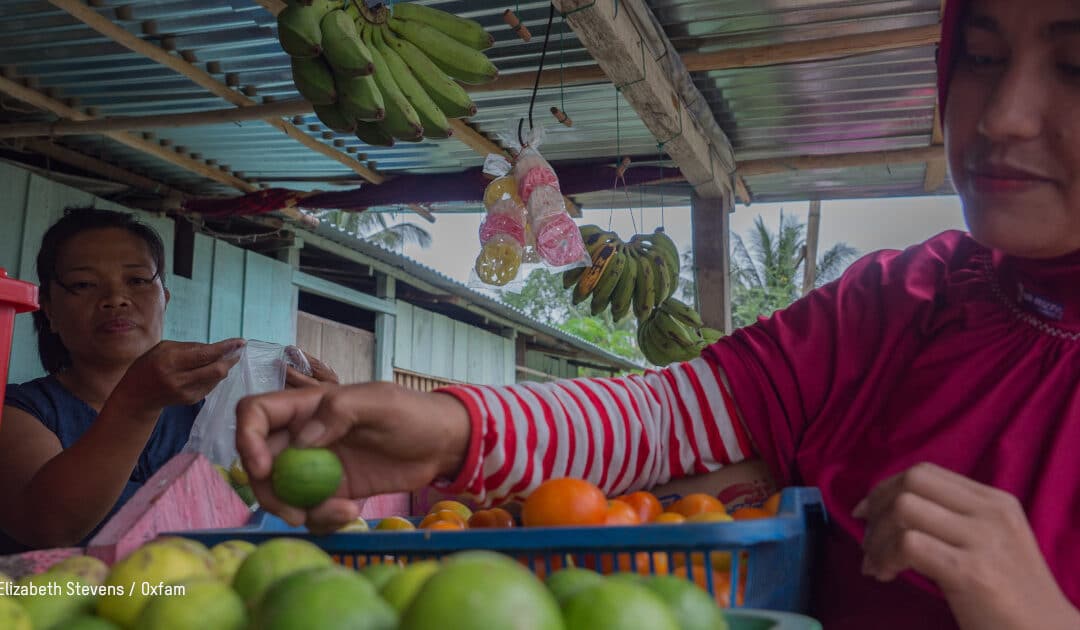 In recent months, we’ve seen record inflation in the wake of an unprecedented pandemic, but the crisis hasn’t affected everyone the same way. Since 2020, the richest 1% of the world’s population have captured twice as much wealth as the rest of humanity, reveals a new report published by Oxfam today.

In Canada, billionaires increased their wealth by 51% between the beginning of the pandemic and November 2022. Canadians with $50 million or more alone — 0.02% of the population — control twice as much wealth as the bottom half of the population.

Oxfam releases its report, Survival of the Richest, as world elites are converging on Davos, Switzerland, for the World Economic Forum. The report shows for example that the wealth of the world’s billionaires grew by $2.7 billion per day, whereas the wages of 1.7 billion people didn’t even keep pace with inflation.

Extreme poverty increased for the first time in 25 years, with humanity headed for the biggest increase in inequality since World War II, reports Oxfam.

“As ordinary people make sacrifices every day on basic commodities, the super-rich are piling up wealth at breakneck speed. Taxing the super-rich and the excessive profits of big business is both realistic and necessary. It’s time to put to bed the myth that rich people’s wealth trickles down to everyone. It’s a fairy tale. That’s just not how things work.”

Food prices hit a peak in 2022 as close to a tenth of the world’s population experienced hunger, says the report. In Quebec, the demand at food banks shot up 20% in one year.

As billions of people suffered, a minute minority benefited. Last year, 95 big food and energy businesses more than doubled their profits, handing over 84% ($257 billion) of the windfall to their wealthy shareholders, the Oxfam report shows. The Walton dynasty, owners of half the corporate giant Walmart, pocketed $8.5 billion last year.

Every day inequalities are increasing. For every $100 of wealth created in Canada in the last decade, the richest 1% siphoned off $34, while the poorest 50% got a mere $5 to divide amongst themselves. In ten years, the super-rich piled up close to eight times as much wealth as the bottom half the population.

Oxfam calls for better taxation of individual and corporate large fortunes, for a fair distribution of the money the rich have raked in thanks to public investment or because of the crisis.

“When the super-rich and big business don’t pay their fair share, governments are deprived of enormous amounts of money. That money supports the public services that the most vulnerable depend on, many of whom are women. Better taxation of extreme wealth is our best tool for fighting inequality. We need to demand fairer taxation to strengthen public services, improve health, promote innovation and address climate change.”

Wealth within reach of taxation

Oxfam calculates that if Canada were to place an additional 2% wealth tax on millionaires, a 3% tax on those with over $50 million and a 5% tax on billionaires, it would collect $49.6 billion annually. That amount could be used to increase education spending by more than 50% across Canada and boost Canada’s official development assistance budget by over 800%.

Worldwide, an annual wealth tax of 5% on multimillionaires and billionaires could bring in $1.7 trillion per year. That would be enough to raise 2 billion people out of poverty.

Oxfam calls on governments to:

Oxfam-Quebec is circulating a petition calling for business and the richest individuals to pay their fair share. We demand that Canada and the province of Quebec impose innovative tax justice measures to build a fairer, greener and more inclusive society. More than 38,000 people have signed the petition so far.

Oxfam-Québec spokespeople are available for interviews